(Summary description)From Chinadaily - The Chinese government has reiterated its firm stance on cutting excess steel and coal capacity in response to an emerging backlash from producers prompted by recent price hikes.

(Summary description)From Chinadaily - The Chinese government has reiterated its firm stance on cutting excess steel and coal capacity in response to an emerging backlash from producers prompted by recent price hikes.

Information
From Chinadaily - The Chinese government has reiterated its firm stance on cutting excess steel and coal capacity in response to an emerging backlash from producers prompted by recent price hikes.
China retired 45 million tons of steel and 250 million tons of coal production capacity by the end of October, meeting its full-year goals ahead of schedule.
But problems have also emerged, especially in some companies seeking to add capacity as an unexpected demand-supply gap pushes up prices of steel and coal products.
"The rising prices have triggered worries in the market and to some extent shaken the resolve of some local authorities and enterprises. But we must stay clear-headed that the price volatility has been driven by temporary demand growth, magnified by speculation, and does not indicate a long-term trend," Xu Kunlin, deputy secretary general of the National Development and Reform Commission, said at a press conference Wednesday.
The steel and coal industries are plagued by overcapacity and the government's resolution is unwavering, Xu said.
Since the capacity cuts were blamed for causing a supply shortage, it will not be easy to resolve the combination of a short-term crunch and long-term excess.
Gu Shengzu, a member of the Financial and Economic Affairs Committee of the National People's Congress, said the rapid price increase created a dilemma for policymakers about whether to stabilize supply or stick to reducing capacity.
"There is an urgent need to streamline relations between the government and market, and market-driven, law-based measures should be adopted in capacity cuts," Gu said.
The State Council hopes to strike a balance. The authorities will press ahead with capacity cuts while paying more attention to price changes, according to a statement released after an executive meeting chaired by Premier Li Keqiang on Wednesday.
An array of measures to curb prices have been put in place, and the priority is still on downsizing those bloated sectors. As the targets have been met ahead of schedule, the next step is to ensure the stated cuts are effective.
Investigation teams will be dispatched to Hebei and Jiangsu, where capacity cut rules were breached, as part of efforts to intensify supervision, the State Council said, citing cases of fraud and illegal production in the provinces.
"We should give zero tolerance to steel and coal producers that fail to meet national and environmental standards," Premier Li said.
Local governments have been asked to give financial support to and create jobs for workers made redundant by the cuts. In May, the Ministry of Finance announced 100 billion yuan ($14.5 billion) in aid for steel and coal companies to resettle laid-off workers.
Mergers and acquisitions will be encouraged for further consolidation in the two industries, the statement said.
China is the world's largest producer and consumer of steel and coal. Cutting overcapacity is a high priority as the two industries have become a major drag on growth.
Steel capacity will be cut between 100 million tons and 150 million tons by 2020, while about a half billion tonnes of coal capacity is scheduled to be slashed in the next three to five years.
In the coming year, it is important to phase out excess capacity through reforms, Premier Li said, highlighting further steps in mergers and acquisitions in steel enterprises, and the integration of coal mining and power generation.
"The task will still be difficult. Problems will be accentuated by hysteresis effects from the re-employment of redundant workers and the unsettled debts of closed coal mines," said Jiang Zhimin, vice president of China National Coal Association.

Scan the QR code to read on your phone 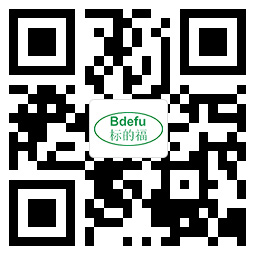